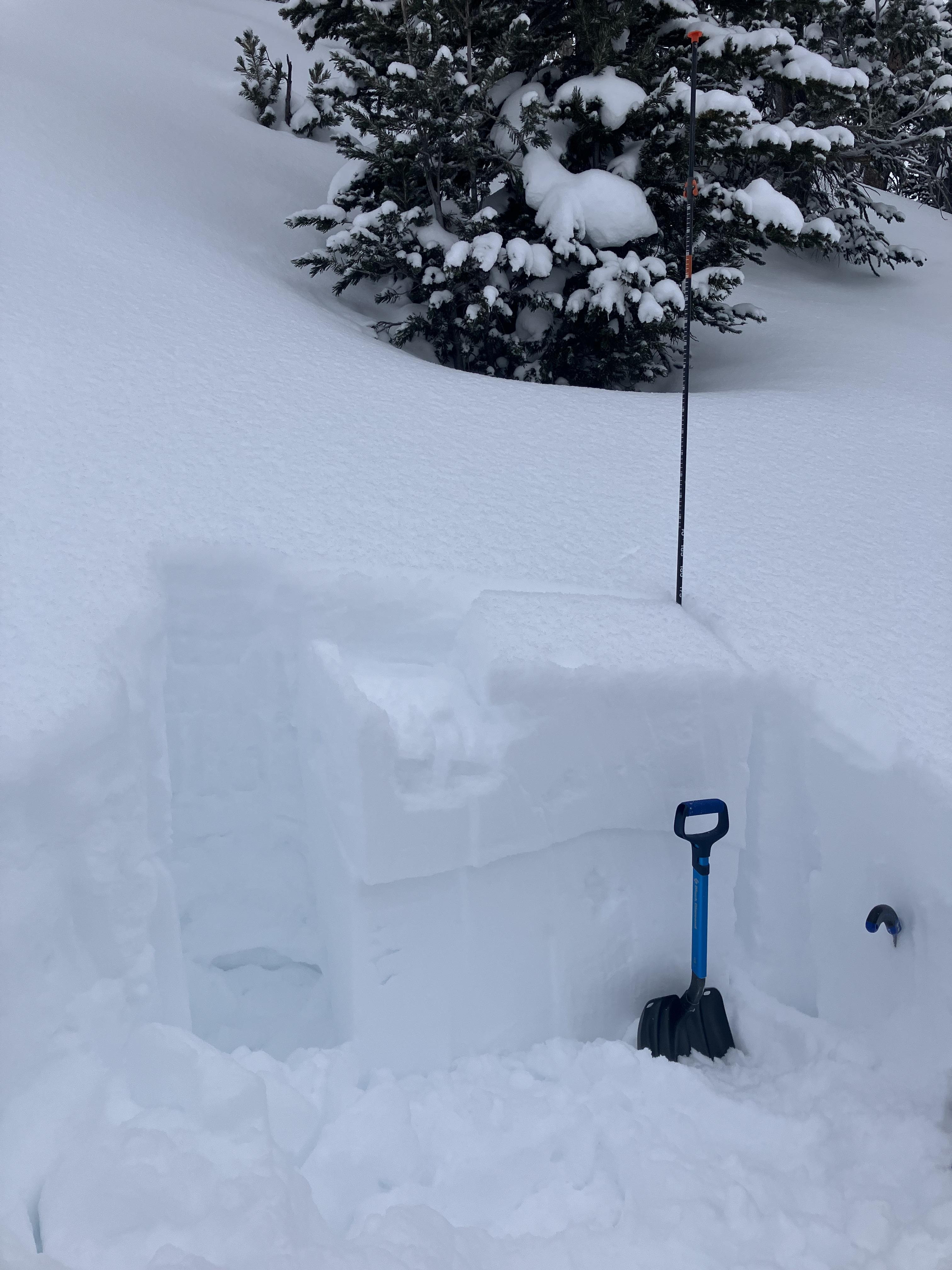 We dug five snowpits and performed extended column tests in each on 1/19/23 near Cooke City. Four snowpits were on northeast to north facing slopes between 9,200-10,000', and one pit was on a southwest facing slope at 9,200'. In one pit on a NE aspect at 9,200' we had an ECTP 15 on the surface hoar 35 cm below the surface. In all other pits we had ECTN14-19 at the depth of the surface hoar, and no obvious feathery crystals were visible. The layers where the ECTNs broke appeared to be decomposing, preserved dendrites or maybe decomposing surface hoar. Photo: GNFAC