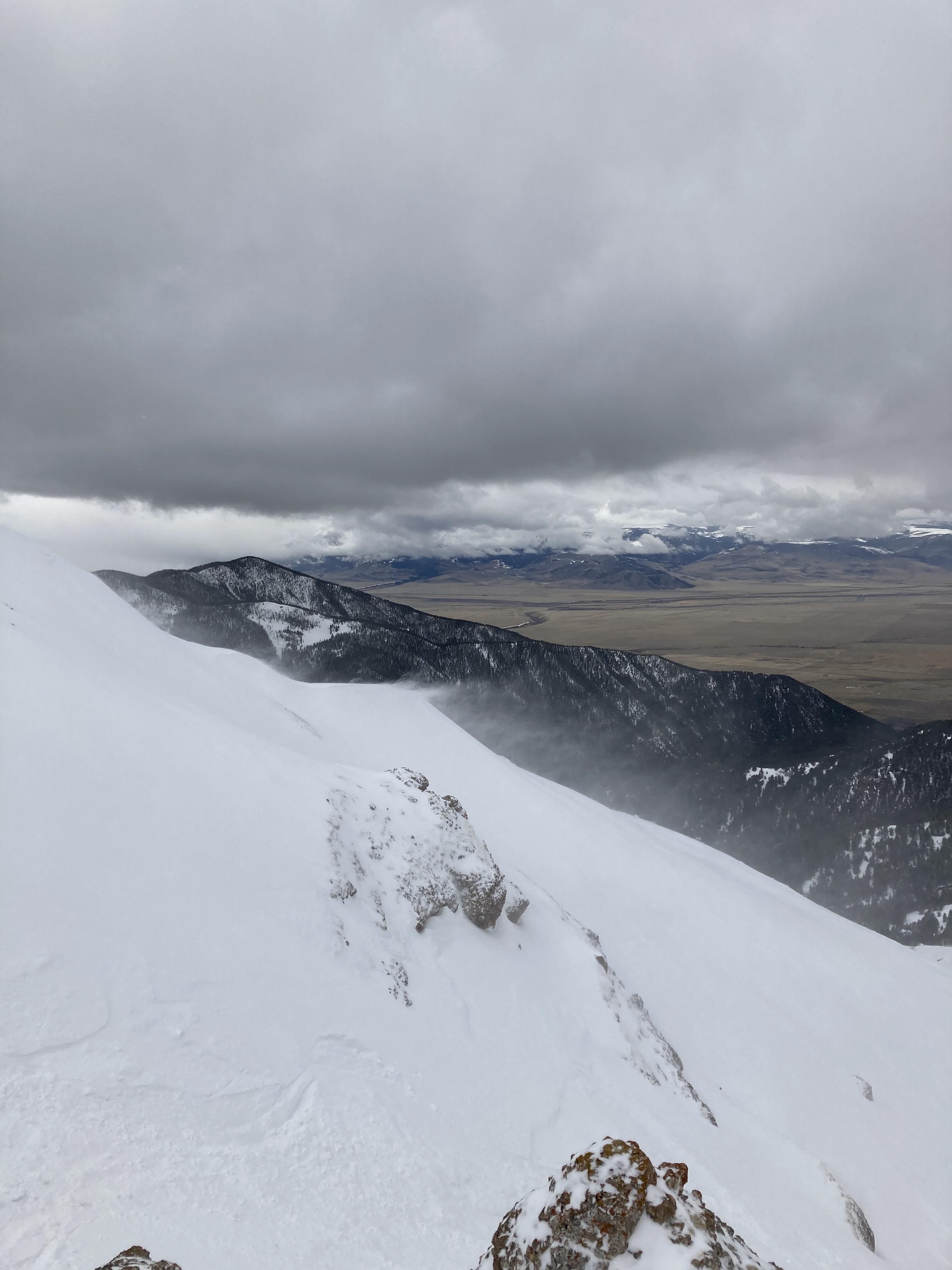 From obs: "[4/25/21] we toured up Sphinx mountain to have a look at the new snow. Both at the base of the west face and at the summit, new snow totals were approximately 5-10cm. On the approach, evidence of wind loading was minimal. Wind speed increased throughout the day, and we observed more significant wind loading on northern aspects. We found a supportable crust on all aspects of our ascent and descent and did not conduct any stability tests. Cracking on isolated wind loaded areas was observed on the approach. We did perform a ski cut on a northern aspect of the west face and on a western aspect below the face, and found that the new snow did not release. It seemed that low snow accumulation and lower temperatures kept the new snow in place on the Sphinx, but warmer temps and increased wind loading in the coming days may create a wind slab problem." Photo: E. Schreier