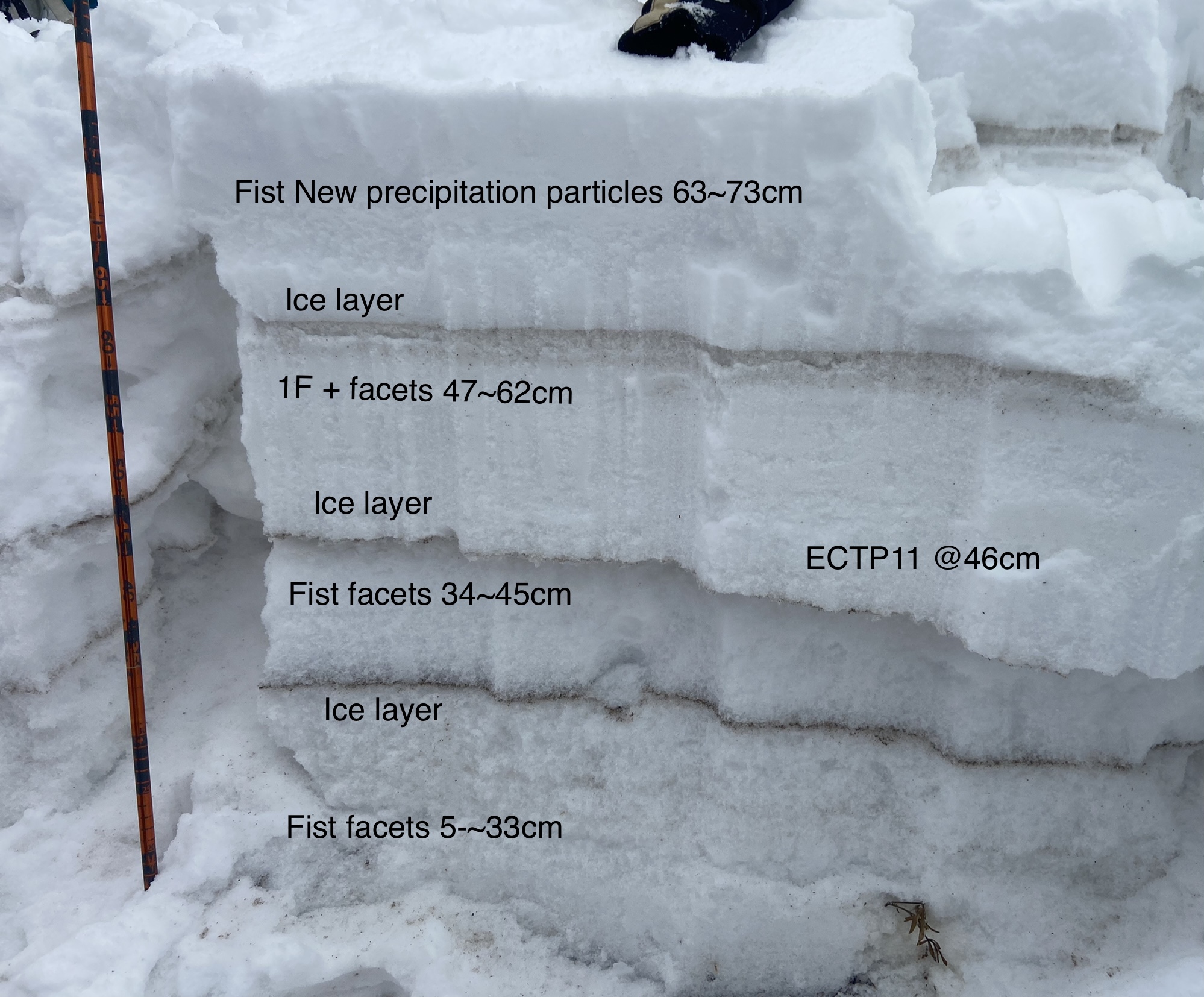 From obs: "On the way up on the West facing ridge we found facets to the ground below 17cm with that large ice layer on top. Given the low density of the new snow sitting on top, we ascended to Bear Basin-Middle Ridge via the ridge and lower angle gully. Photo is taken at 2860m, East facing on the ridge between Beehive Basin and Middle basin. Layers in the photo are easily distinguishable in the photo. We decided not to ski into Middle Basin and descended back the way we came up. On the ridge winds were blowing East ~15mph and cornices were present. Wind loading to the East looked visible to the eye by the lumps in the snow."