Good morning. This is Dave Zinn with the Gallatin National Forest Avalanche Forecast on Wednesday, March 30th at 7:00 a.m. This information is sponsored by Gallatin County Sheriff Search and Rescue and Grizzly Outfitters. This forecast does not apply to operating ski areas.

Temperatures this morning are in the teens to low 20s F with 10-20 mph winds from the west to northwest. Yesterday morning the mountains around Bozeman, Big Sky and Cooke City got 1-3” of snow. Today, temperatures will be in the 40s F under sunny skies. Winds will be 5-10 mph from the southwest to the northwest and the mountains will get a trace of snow tonight.

Temperatures have mostly remained under 32 degrees F for the last 24 hours, creating a thick crust on top of the snowpack and improving stability in the mountains around Bozeman, Big Sky and West Yellowstone. In Beehive Basin yesterday, this crust was 3-4” thick and supportable on skis (video). This morning, avalanches will be unlikely on any slope with a thick, supportable melt-freeze crust. However, this crust will quickly break down with the trifecta of warm temperatures, blazing spring sun and light winds forecast for the day. As I noted in Beehive, the snowpack is isothermal, meaning it is very close to its melting point of 32 degrees for its entire depth. Therefore, when the melt begins, it will go fast and wet loose avalanches in the upper snowpack are likely and larger, more destructive wet slab avalanches possible.

Get on the snow early while it is still cold and get out of avalanche terrain before the crust breaks down. Remember that lower elevations will heat up and destabilize earlier. Don’t get yourself trapped on a high elevation north-facing run with no good options for getting home.

Today, the danger will begin at LOW and increase to CONSIDERABLE as the day warms.

The temperature at the Lulu Pass weather station near Cooke City is 8 degrees F this morning. This is a significant change from the preceding week of warm temperatures that resulted in many wet snow avalanches (avalanche activity log). This morning avalanches are unlikely due to a thick melt-freeze crust formed at the snowpack’s surface. As the day warms up into the low 40s under sunny skies, this crust will break down and avalanches will be possible. In his video yesterday, Alex dug into the snowpack in Cooke City and noted that meltwater affected the weak layer of facets 1-3’ under the surface. This will likely make the layer less reactive until it becomes saturated again, but it is worth digging and testing if you plan to get into steep terrain.

Today the danger will start as LOW and increase to MODERATE as the day warms up and the surface crust breaks down.

See our education calendar for an up-to-date list of all local classes.

This article in the Billings Gazette highlighting Dave’s January accident, shoulder injury and rescue is worth your time. Plan ahead and prepare for dealing with an injury in the backcountry and think about how you’d call for outside help. 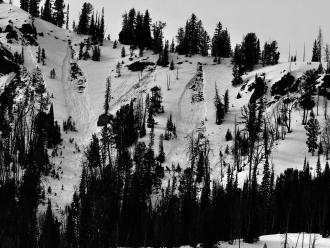 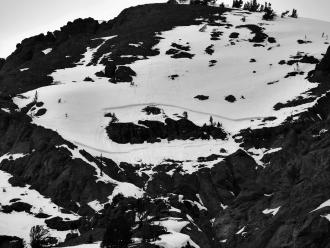 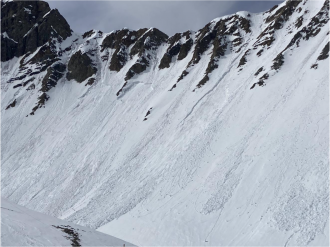 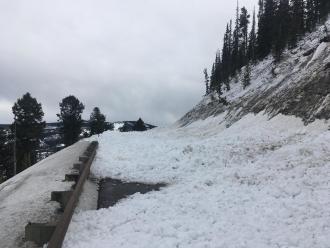 "We also conducted avalanche mitigation on our Cabin’s Road at 4:30pm. The snowpack in this