This is Alex Marienthal with pre-season avalanche, weather and event information for the Gallatin National Forest Avalanche Center on Friday, November 12th. This information is sponsored by and OnX Maps and Spark R&D.

Since last Sunday the mountains received 8-12” of snow. Wind has been 10-20 mph with gusts of 35-40 mph, generally out of the west with shifts to northwest and southwest. Temperatures are high 20s to low 30s F this morning. Today, temperatures will reach mid-30s to low 40s F under mostly cloudy skies with a chance for light precipitation.

Weather this weekend will be windy and warm, with a little water. Westerly wind will increase to 30-40 mph with gusts near 60 mph, and temperatures will reach mid-30s to low 40s F during the day and drop to high 20s F at night. Occasional showers on Saturday and Sunday could produce 1-3” inches of snow in the mountains with 4-7” near Cooke City. Colder temperatures will return Tuesday with chances for snow mid-week and next weekend.

Snow since last Friday deposited 1-1.5 feet of snow in the mountains equal to 1.0-2.4” of snow water equivalent (SWE). This new snow and the snow that fell in October have created a layered snowpack which will cause avalanches.

Last weekend near Fairy Lake a skier triggered and was caught in a small slough and was luckily unharmed (details). On Wednesday, near Cooke City a skier found a layer of weak snow buried below the recent snow which collapsed very easily in a stability test (photo), and on Saddle Peak in the Bridger Range a natural avalanche broke on a wind-loaded slope below the ridgeline (photo).

The snow that fell in October turned into crusts and weak snow, and it provides a layer that last week’s snow can break and slide on. Additionally, wind over the last week drifted new snow into thick slabs that can break under the weight of skiers or riders (photo, photo). This weekend strong winds will continue to drift snow, adding weight to existing drifts and growing fresh drifts. Avoid steep, wind-loaded slopes, especially where new snow and fresh drifts lay over older October snow. If you have any notion the snow might avalanche, ride terrain that is less steep than 30 degrees and not connected to anything steep above.

We are preparing for winter, teaching avalanche classes, and setting up weather stations. If you have avalanche, snowpack or weather observations to share please submit them via our website, email (mtavalanche@gmail.com), phone (406-587-6984), or Instagram (#gnfacobs).

Get your avalanche brain ready for the season at one of the many classes listed on our education calendar, and list of upcoming events below. Don’t delay preparing and inspecting your avalanche gear for the season. Get some tips from Dave Zinn in this Pre-Season gear check video.

Our popular Avalanche Fundamentals with Field Course returns this year with sessions in December and January. This program is perfect as a refresher or an introduction to avalanches. We are introducing an exciting new format this year with the four lectures pre-recorded to watch at your convenience, a live question and answer session, and a choice of a snowmobile or ski/ board based field day occurring the following three weekends.

Read accident reports from previous early season accidents before you venture to the snowy hills. This accident report from October 2012 in the northern Bridger Range, and this report from the tragic fatality four years ago in early October are reminders of the potential consequences of even a small avalanche early in the season. 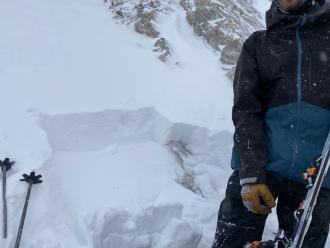 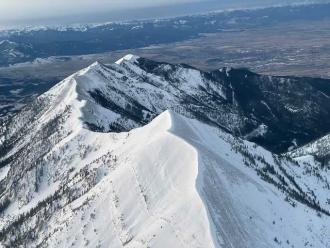 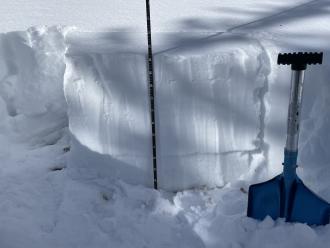 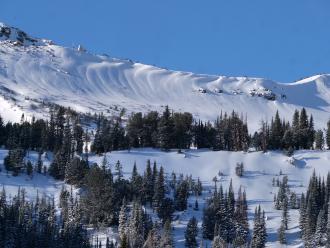 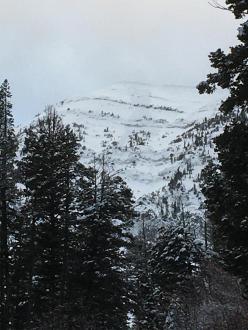