Good morning. This is Alex Marienthal with the Gallatin National Forest Avalanche Forecast issued on Monday, March 4th at 7:00 a.m. Today’s forecast is sponsored by Alpine Orthopedics and Werner Wealth Management. This advisory does not apply to operating ski areas.

The mountains did not receive any snow in the last 24 hours. Wind has been 0-15 mph out of the north-northwest in the southern ranges and Cooke City, and west-northwest near Bozeman and Big Sky. This morning temperatures are single digits below to 20 below zero F. Today temperatures will reach single digits to low teens above zero F, and wind will be west-northwest at 5-15 mph. The next chance for snow is late Tuesday.

Heavy snowfall ended last Thursday, and over the weekend we received reports of large natural and human triggered avalanches.

Last week the mountains in the southern half of our advisory area and near Cooke City received 4-6 feet of heavy snow equal to 4-6” of snow water equivalent (SWE). Near Bozeman and Big Sky received 2-4 feet of snow equal to 3-4” of SWE. Recent avalanche activity is a sign some slopes are unstable, but minimal snow and calm wind the last couple days has allowed many slopes to gain strength. The heavy snow storm in the southern ranges was a good test of weak sugary snow at the base of the snowpack, and avalanches on this layer are more difficult to trigger each day (video).

Today you can avoid avalanches by avoiding steep slopes altogether, or you can choose steeper slopes through careful snowpack and terrain assessment. On specific slopes you can trigger an avalanche that breaks on weak snow at the base of the snowpack. To avoid these, avoid heavily wind loaded slopes and steep slopes with less than five feet of snow or variable snow depth (video, photo). Avalanches can also break in recent storm snow. Watch for cracking of the snow surface or avalanches on small test slopes as a sign new snow and fresh drifts are unstable. The safest terrain choices are slopes that are sheltered from the wind and have a snowpack deeper than five feet, or slopes less than 30 degrees.

Intense spring sun can affect the snow surface on southerly aspects despite bitter cold temperatures. Watch for loose snow avalanches (photo) and cornice falls (photo) on warmer sunny slopes such as at higher elevations and near rock outcrops.

Today avalanches are possible to trigger and avalanche danger is MODERATE. 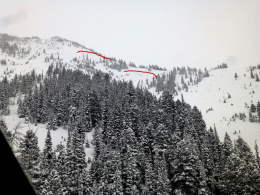 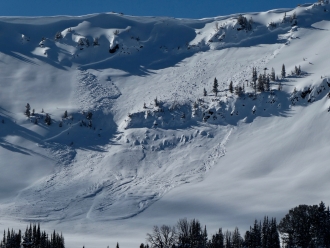 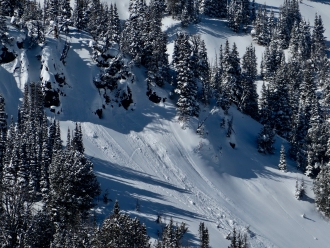 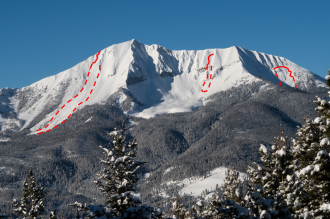 Multiple natural avalanches released on Fan Mountain in the past few days. Some of the 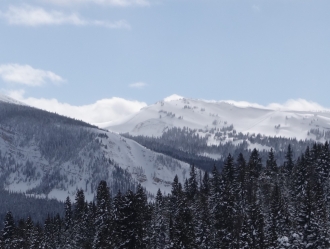 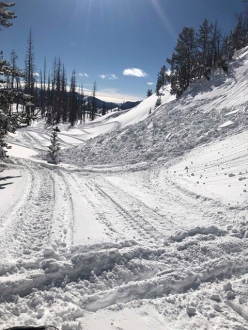 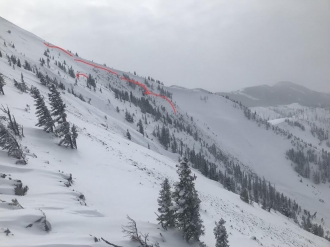 From BBSP on 3/2/19: "Large natural avalanche pulled out last night/early morning on the backside 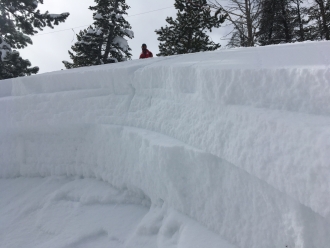 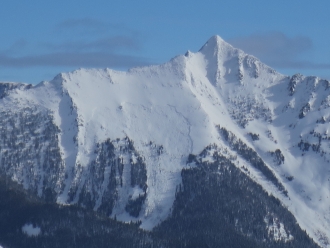