A group of six riders from Montana were on the ridge between Sawtell Peak and Mount Jefferson (approximately 9300’) when one rider walked over to edge and broke a large cornice. He tumbled north into Rock Creek drainage, sliding over at least one 40-60’ foot cliff. The cornice gouged out the terrain below but did not release a secondary avalanche. The rider was injured and was seen walking below. His partners called 911 after the avalanche and once they reached him they requested an air ambulance. The rider had undetermined internal injuries. Fremont County Search and Rescue responded to the 911 call and arrived after the patient was evacuated. They assisted in getting the group, and the rider’s snowmobile, back to the trailhead. 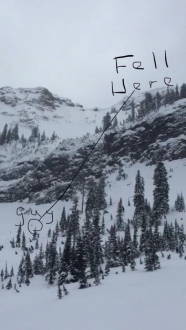 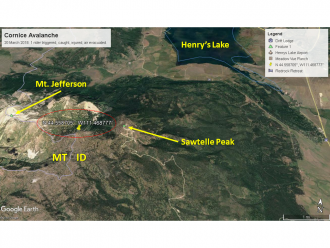 Yesterday, (20 March) a snowmobiler was injured when a cornice broke and carried him down