On the afternoon of January 10 three snowmobilers were riding near Reas Peak in the Centennial Range. The group was riding along a trail in a creek bed with 500-700’ high slopes approximately 36 degrees steep on both sides. One rider (Male, 36) rode up a steep gully to one side of the creek and triggered three small pockets of snow above. He was caught and fully buried and his sled was buried. The group had shovels and probes, but no avalanche beacons. The other two riders, with help from another group of five, located and excavated the buried sled, made a fire, and searched for over 3 hours without finding the buried rider. Due to dangerous conditions the group suspended the search for the night and left the area. At 1000hrs the next day, a rescue dog team located and uncovered the buried rider. The avalanche was a soft slab of recent snow that collapsed on sugary, weak facets underneath. It is classified SS-AMu-R1-D2-I. 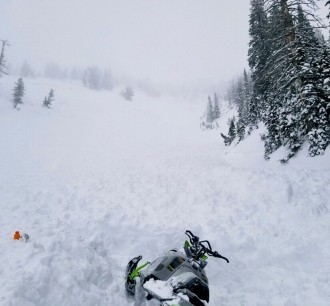 Debris pile of avalanche that buried and killed a rider on January 10. Photo: J. O'Neill 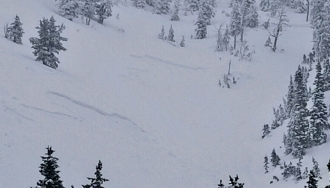 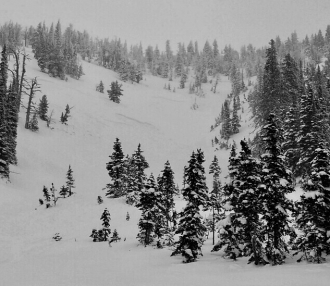