Early season snow recon outside of Maverick Mountain Ski Area boundary. Cracking of surface slab on easterly aspect at 8000 ft (see pics). Well developed weak layer about mid-pack that formed during November. Several storms the first week of December put down a 1-2 foot slab on top of this weak layer. Cohesiveness of slab varies by aspect and elevation. Wind and sun exposed slopes more reactive due to higher slab density. Areas protected from wind were not as reactive with no cracking experienced. Spatial variability is high with a shallow snowpack. See picture of quick pit showing major layering on north facing aspect at 8400 ft. Height of snow between 65-75 cm. Notable results were CTM 11 with a sudden collapse fracture character at 35cm up from the ground at November/December snow interface. ECTN 11 on same layer. The slab was not stiff enough in this protected location to propagate however this pit is representative of poor structure that is widespread.

Also, snowmobilers reported avalanches on some of the steep roadcuts on the Pioneer Scenic Byway. 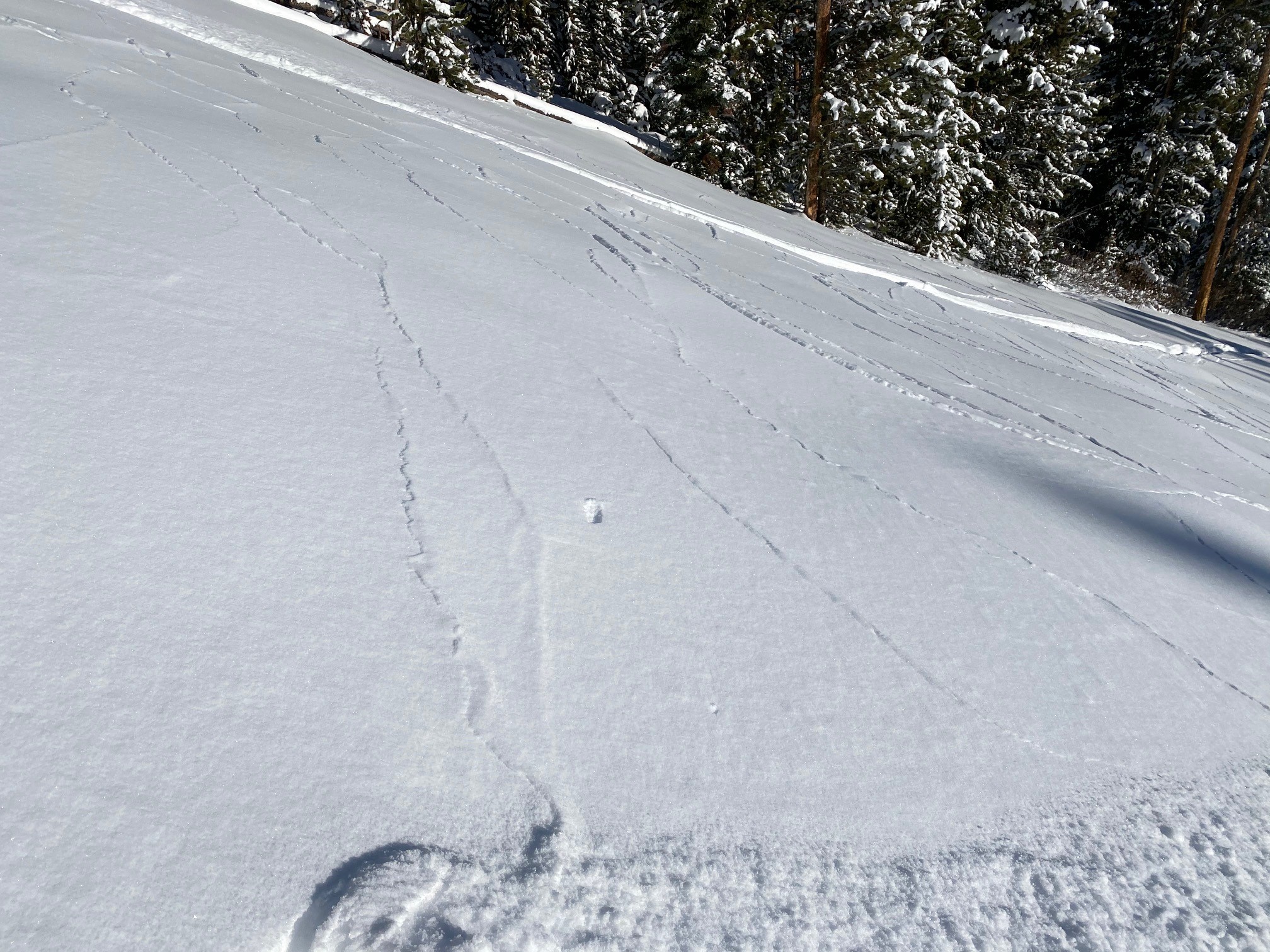 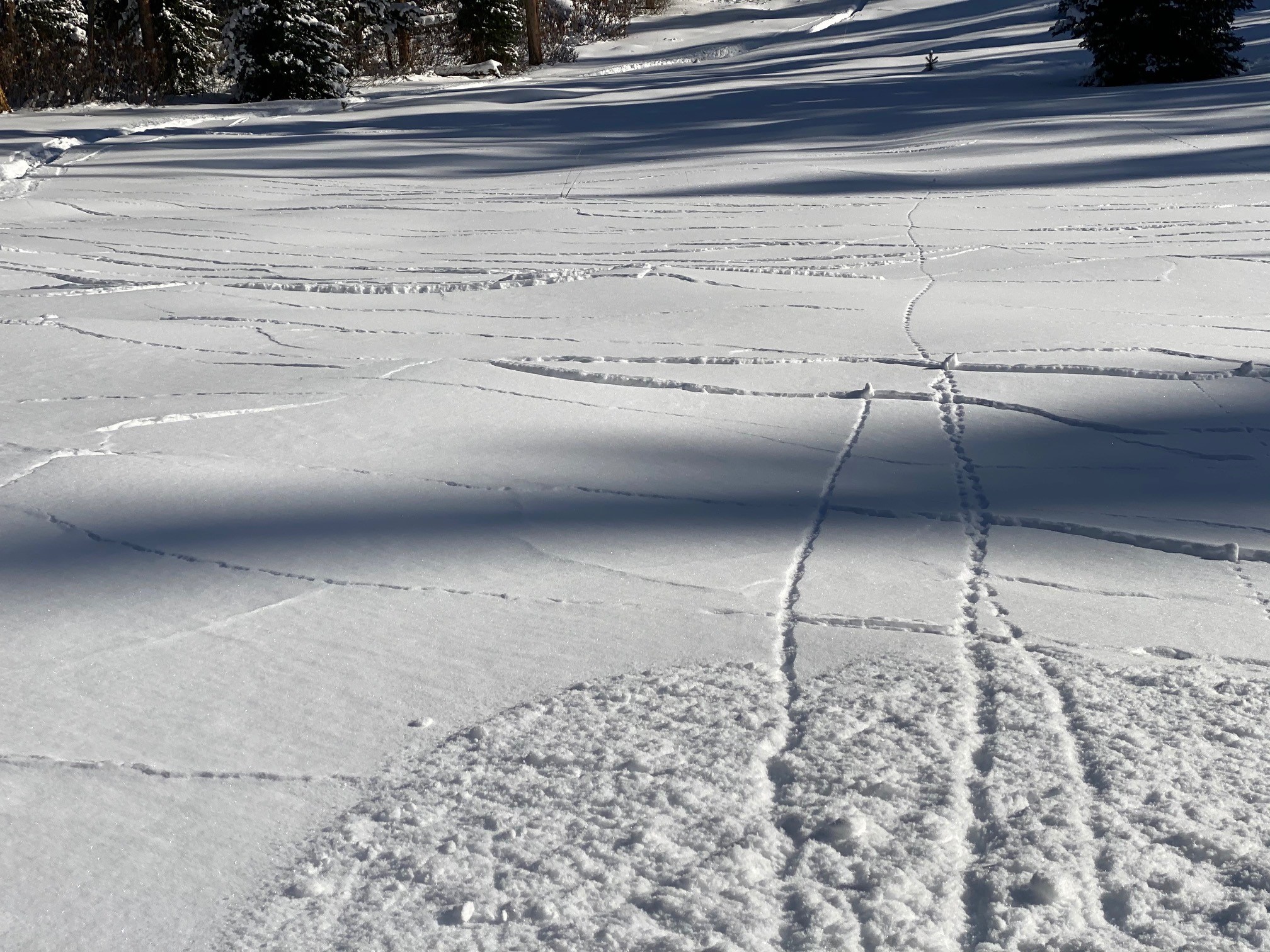 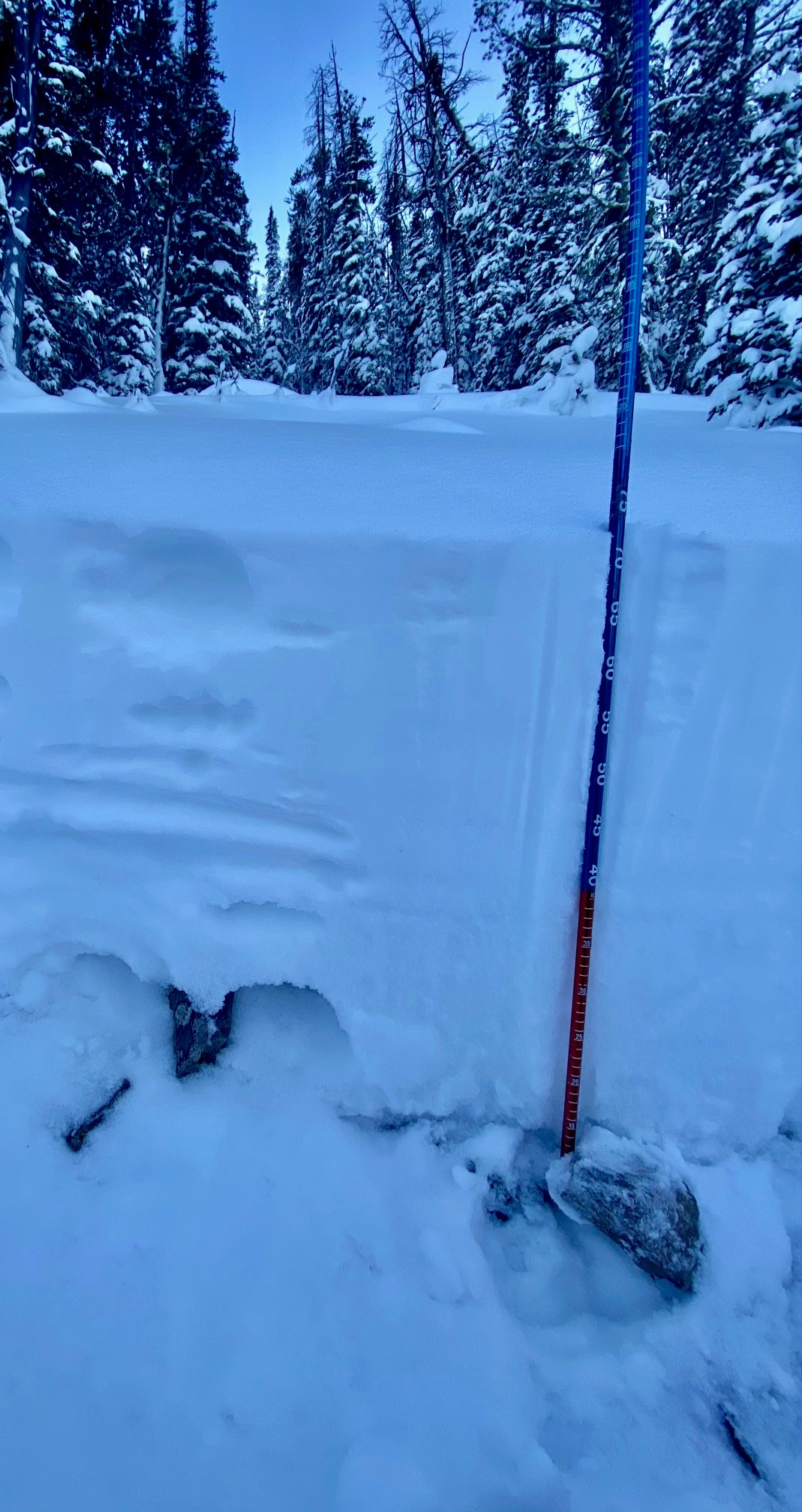