Toured up to Bacon Rind today and skied meadows off of the ridge. Noted many collapses and whumpfs in the snowpack as we ascended east aspects to the ridge. Looking toward Ernie Miller ridge, we noted an old crown in the main bowl just below the summit. It was on an E-NE aspect, 200 or more feet wide and looked to be filled in with new snow but was still visible. Looking east from the top of the ridge, we noted another crown on a west aspect that looked to be about 100' wide and deep.

Dug a pit at 8700' on a W aspect. HS was 70cm. We got an ECTP12 45 cm up from the ground at the interface between wind packed snow and a layer of .5-1mm facets and mixed forms. That layer made up the bottom 45cm of the snowpack in that area.

Dug another pit at 8800' on an E aspect. HS was 115cm. We got an ECTP 14 50cm up from the ground on that same interface as described above. The bottom 50cm of the snowpack looked to be facets and mixed forms. The upper 65cm in that area was a mixture of different layers of wind packed grains that ranged from F to 4F hardness.

Coverage on the descent is adequate, similar if not better than any point midwinter last season. Under skis, the snow in the burn/forest feels unconsolidated and very sugary. 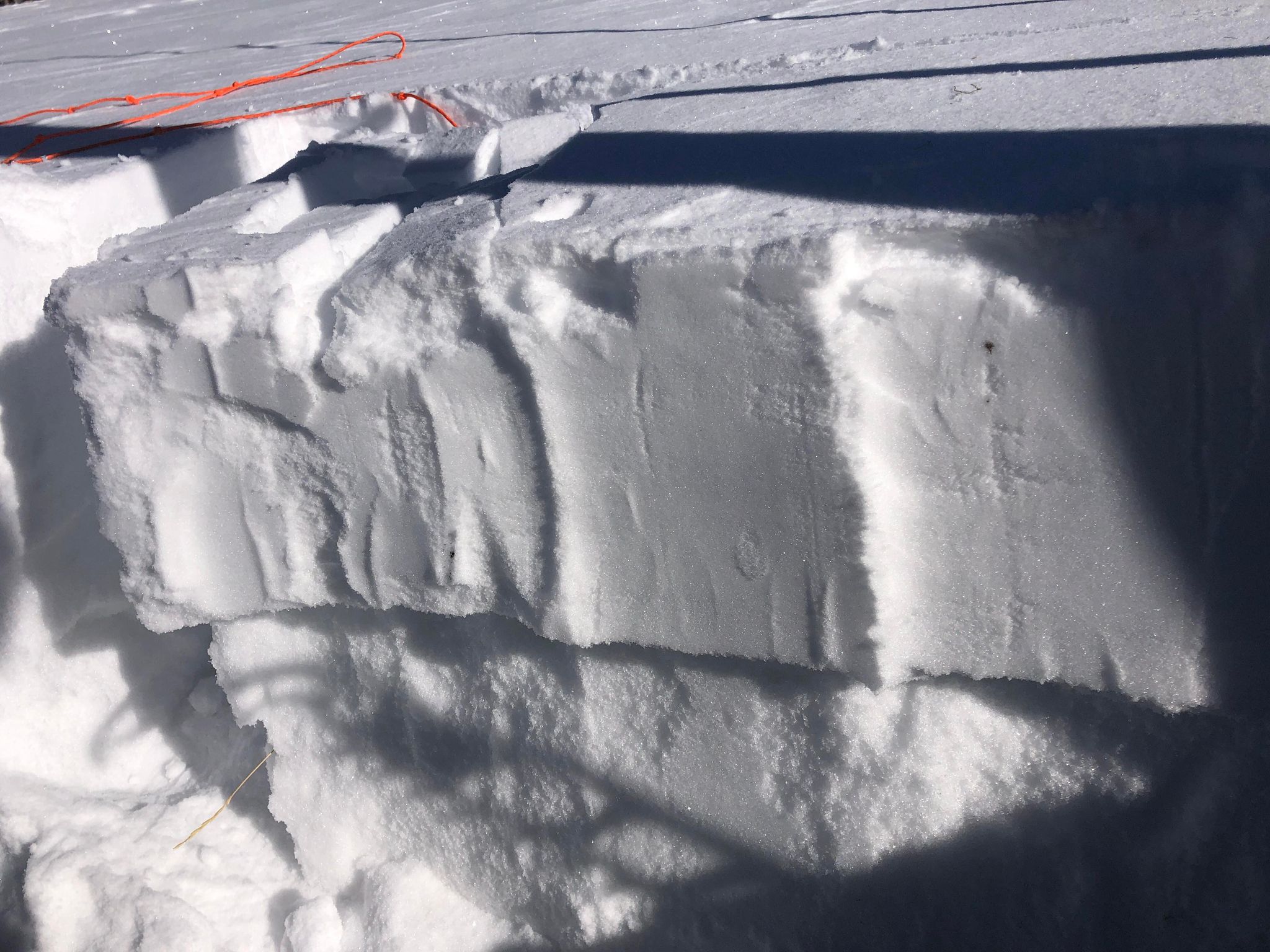 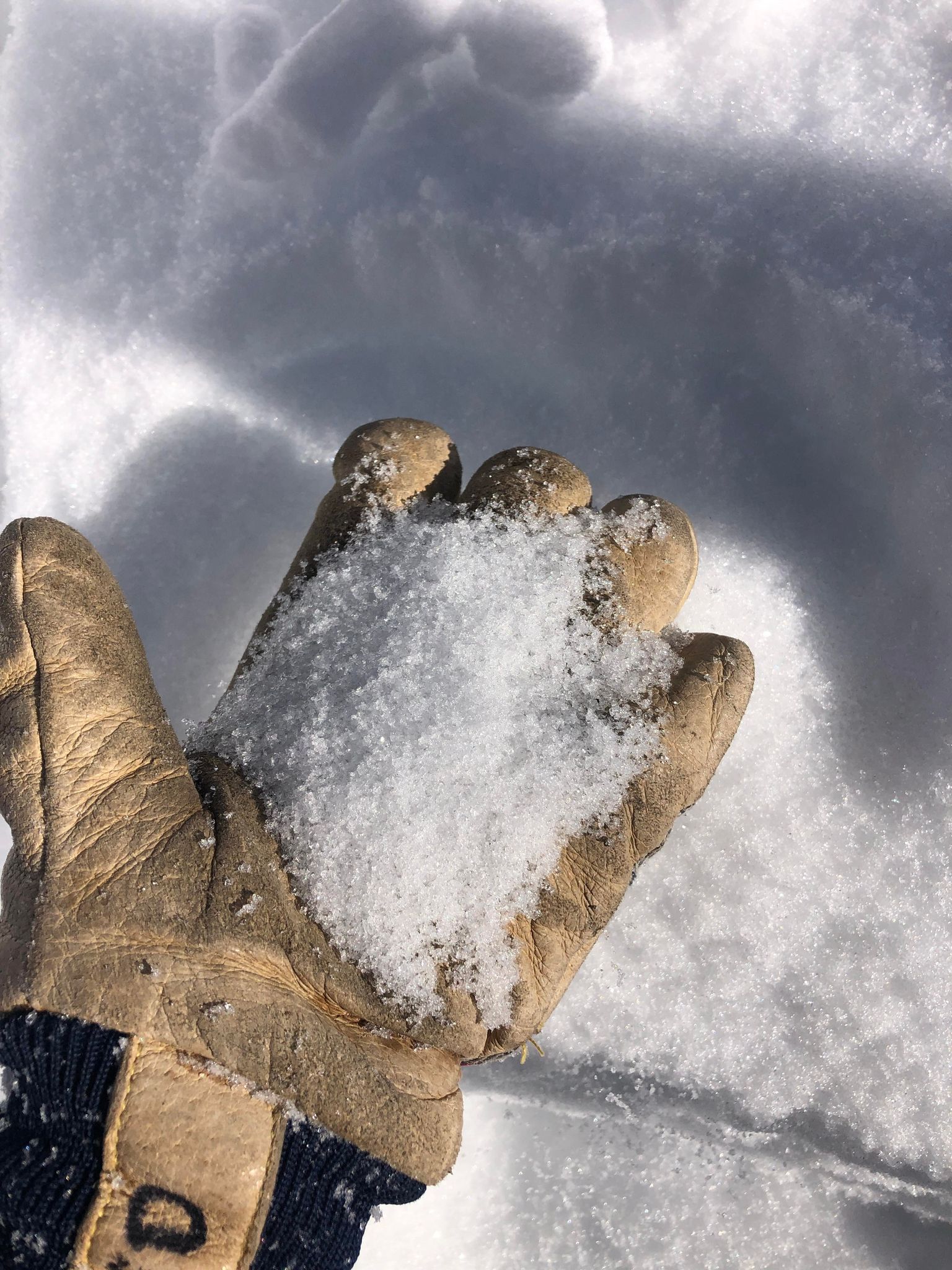 weak sugary snow at the base 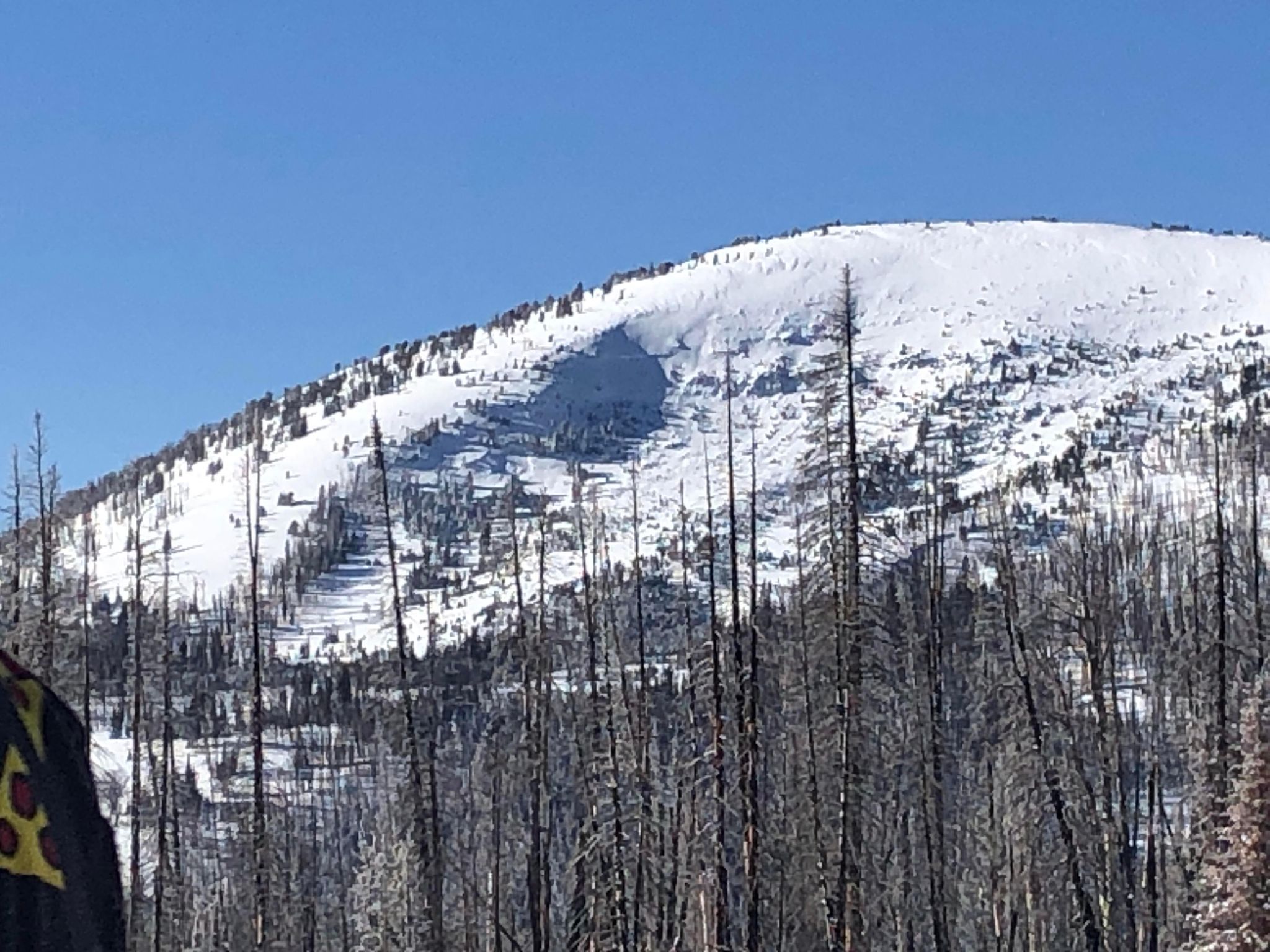 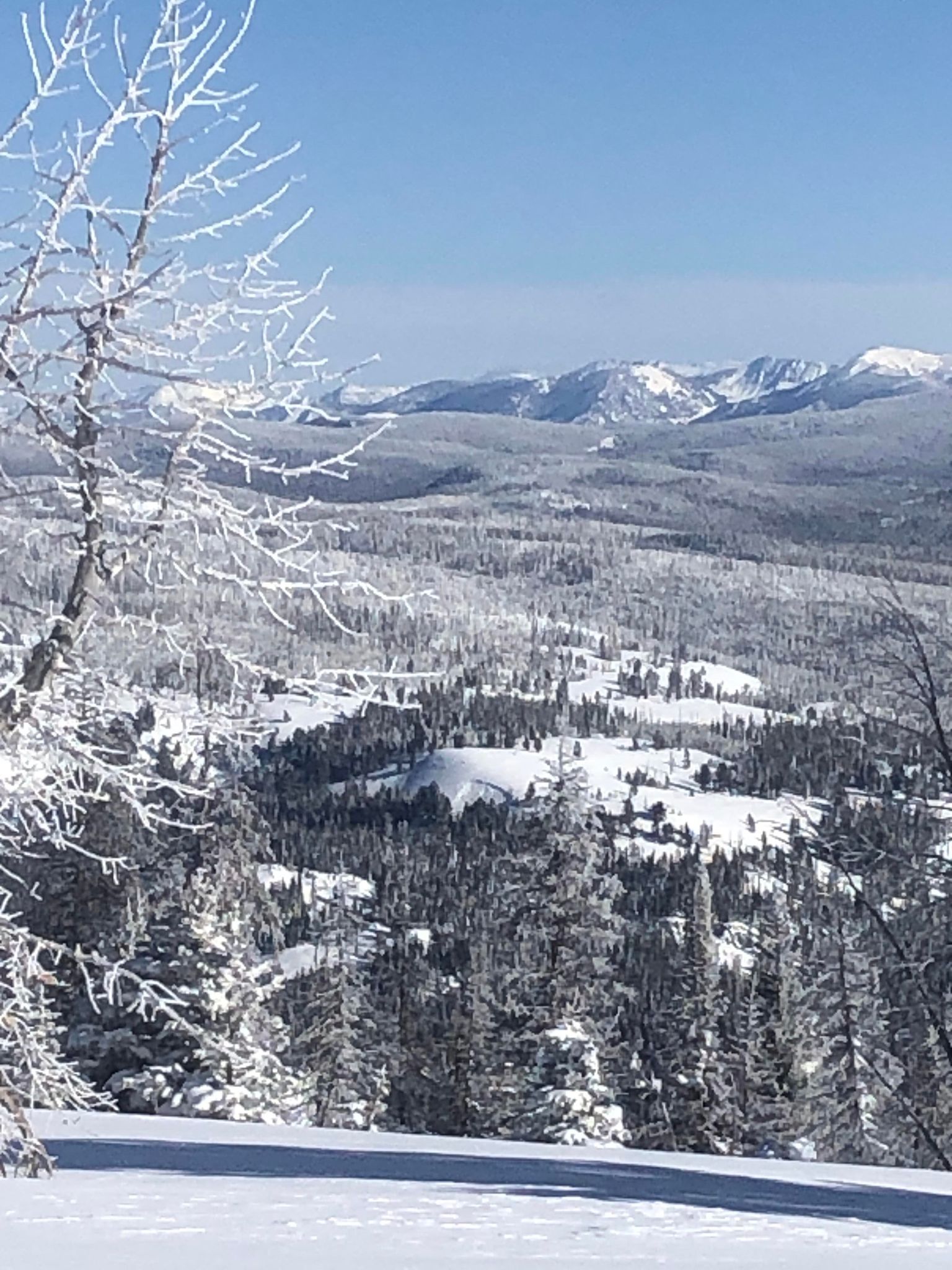 visible crown on the steep rollover, center in photo 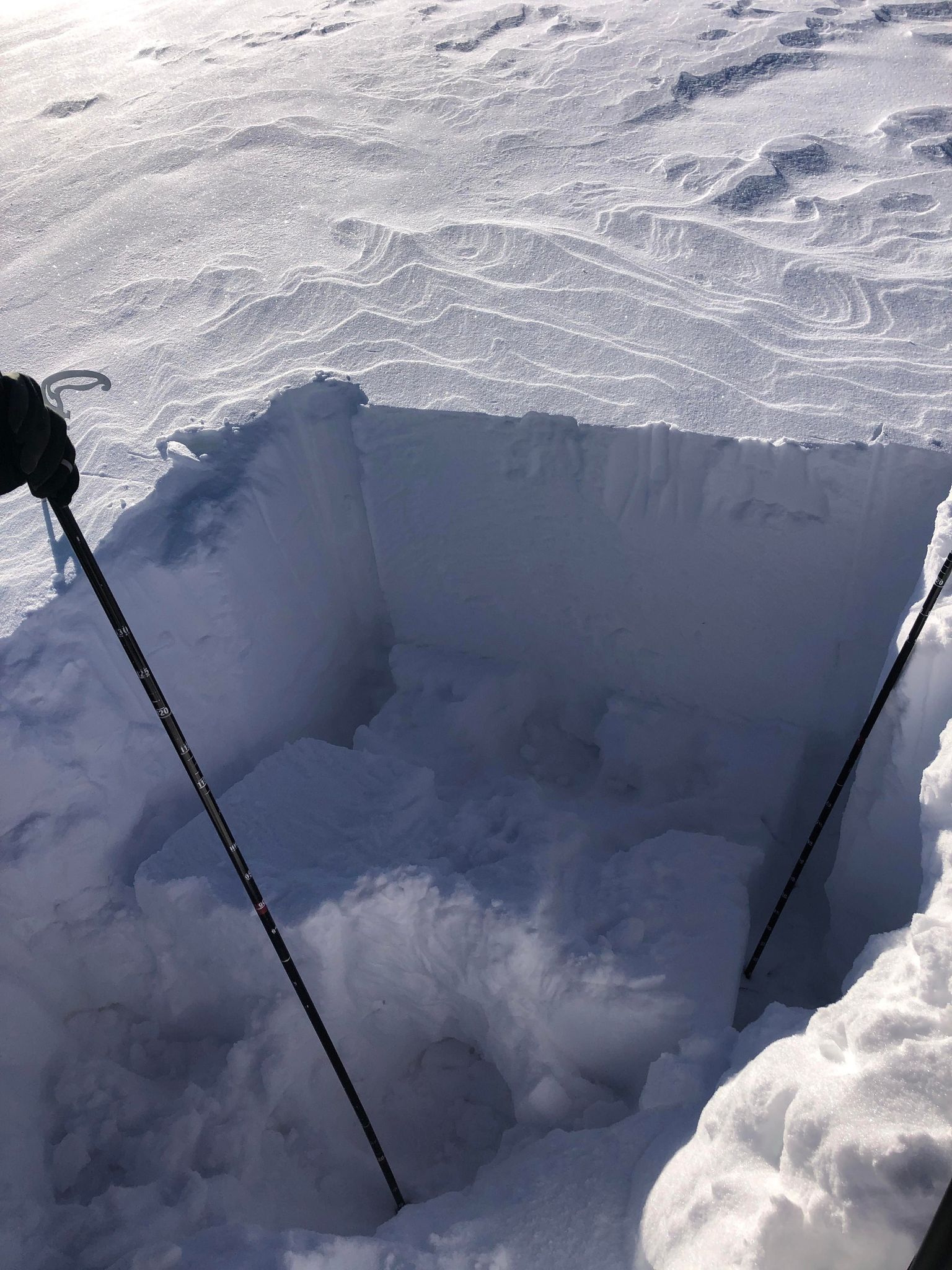